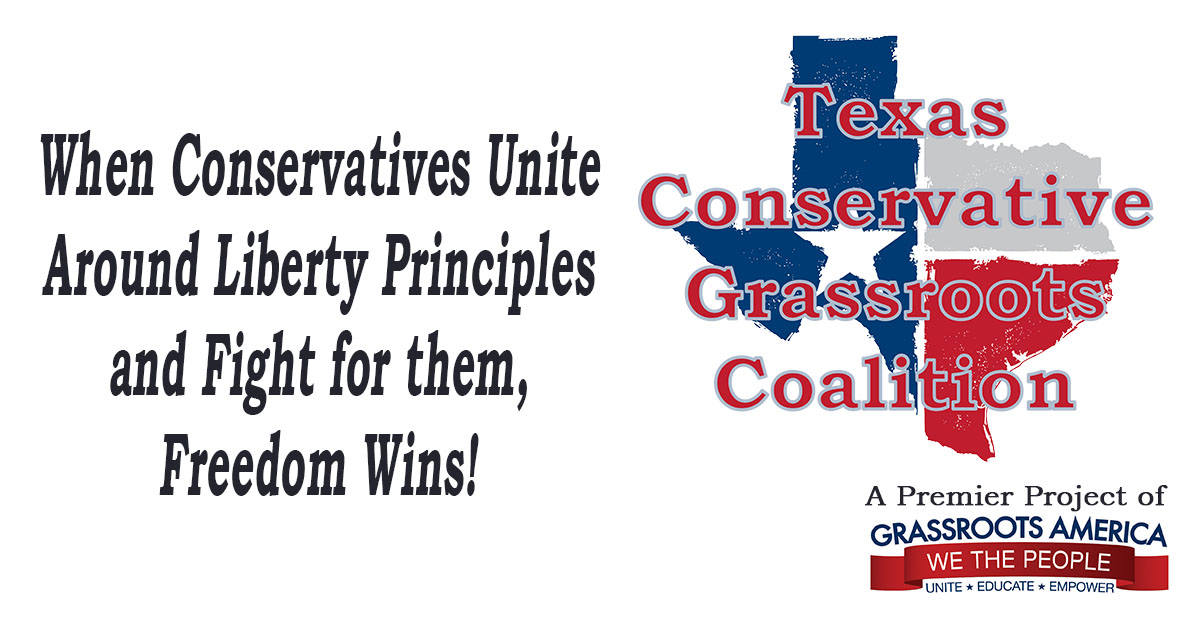 First, thank you for the kind wishes you sent while I’ve been away almost four weeks with my Mom’s surgery. She is doing great!  Her surgeon and physical therapist are awestruck by her very rapid recovery from full hip replacement. Thanking God for His healing and for your kindness and prayers!

Think of it as legislative overtime for not getting work done in the regular session.  Make no mistake, the Big 3 – Gov. Abbott, Lt. Governor Patrick, and Speaker Phelan all had a hand in the failures of the 87th Legislative Session.

One example – the Big 3 are conveniently pointing fingers at Democrats for the failure of election integrity to pass since the House Dems walked out and broke quorum.  Grassroots America predicted that would happen the minute the House and Senate passed the state budget days ahead of election bills coming to the floor of the House.

What do Democrats care about? Spending money.  So, if you give them all they want in the budget and they vote for the budget, they have NO INCENTIVE to stay in session for any election reforms to secure legal votes and prevent illegal ones. Of course, House Dems walked out!  Folks, this is not brain surgery.  It was entirely predictable and preventable.

The question is – why did the Republican leadership (Big 3) tee it up this way?  They most certainly did not have secure elections in mind! Remember, this is the 3rd legislative session in a row where the Republican majority has failed to pass election reform.

Special sessions can only be called by the Texas Governor, last for 30 days, and can only address issues placed on the “session call” by the Governor.  The Governor may call as many successive special sessions as necessary to achieve his perceived need for results.

How have we prepared for the Special Session?

Two hundred fifty-one (251) political opinion leaders who influence thousands of Texans in communities across the Lone Star signed a letter to Gov. Abbott reminding him that he has a chance to correct the failures of the 87th Legislative Session by including these priorities in his special session calls:

Additional Urgent Priorities Necessary to Protect the Life, Liberty, and Property of Texans

What else?
To read the entire Texas Conservative Grassroots Coalition letter to catch the tone, the context, and review the impressive list of signatories, please click here.

Note that only four of these 13 priorities are even addressed (elections, border, CRT, and “some” tax relief while spending yet more on gov’t).  Note that banning biological males from biological female sports only includes “youth” sports – not college level sports. Gov. Abbott doesn’t want to anger Big Biz, Big Tech, and Big Sports, does he?

Here’s what YOU can do to help:

Grassroots – gear up! Get ready to push again!

Your voices are more important than ever!  As it pertains to our stated priorities, in Special Session #1, our mission is to get true election integrity and ballot security passed, stop Critical Race Theory in schools and state agencies, get as much property tax relief as possible and actually gain operational control of the border by deterring all illegal entry.

We also MUST keep pushing for Abbott to include the remaining priorities added to the next session. There’s some leverage you need to remember…

Let’s go! Don’t put it off – speak your mind to Governor Abbott now!

PS Before folks new to this process ask, NO – our state elected officials cannot be recalled.  Our state constitution does not provide for recall and any attempt to gain recall power for the people has gone nowhere in the Texas Legislature. It’s up to “We the People” to make them feel the heat and retire them if they don’t act.