Grassroots America | We The People 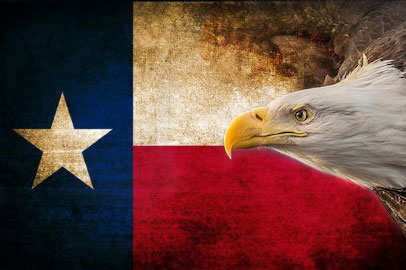 Grassroots America – We the People, Inc. is the largest constitutional conservative citizen organization in East Texas and one of the largest in Texas. We are networked with more than 300 conservative groups across the state and nation.

Grassroots America works closely with statewide and national conservative policy groups and think tanks, and our executive director serves as an “issue coalition” partner with these organizations. In her capacity as the two-term chairman of the Texas Legislature’s TEA Party Caucus Advisory Committee (elected by her committee peers), Chairman of Lt. Governor Dan Patrick’s Grassroots Advisory Board, and a statewide leader in the Life, Liberty and Property Coalition, Grassroots America’s executive director JoAnn Fleming is on the frontlines of state policy development and governmental reforms.

A non-partisan organization with a constitutional conservative focus, our mission is to advance the Cause of Liberty as rooted in limited government, personal responsibility, good citizenship, defense of traditional family values and the free market system, and a return to the U. S. Constitution and the Bill of Rights. In order to take public positions on issues and candidates, we are registered with the State of Texas as a General Purpose Political Action Committee and with the IRS as a 527.

Grassroots America’s ongoing focus is to organize, educate, and inform citizens about public policy and to support the election of local, state, and national candidates who share the core values of constitutionally limited government, free markets (not corporate welfare), fiscal responsibility, and personal responsibility.

After all attempts fail to persuade that a course-correction is necessary, Grassroots America works to expose failures in political leadership that impair sound public policy and lead to government expansion and a loss of freedom. Conversely, Grassroots America supports and defends political leadership that works to restrict government to its constitutional limits, thus advancing individual liberty for all.