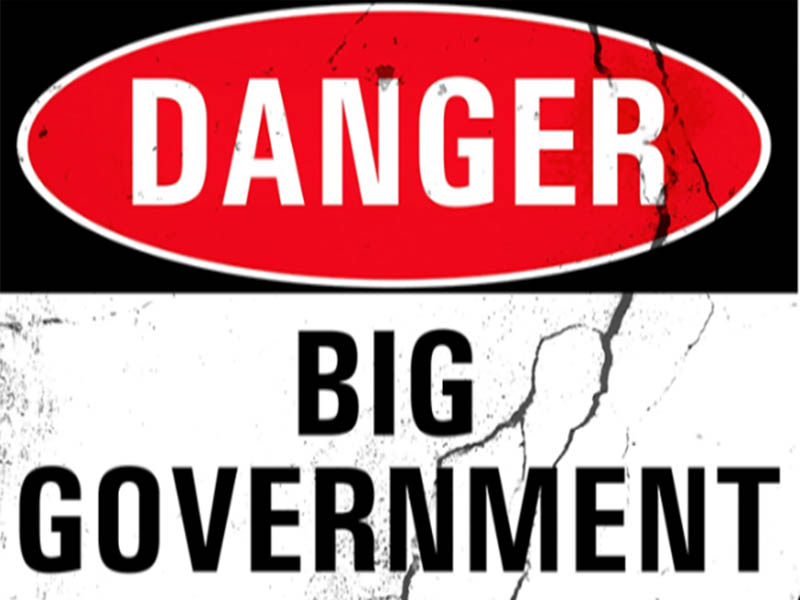 In Texas, what have we learned?

We have discovered yet again that there are broad and vague laws on the books that conflict with the State Constitution.  Reported methods used by some (not all) local officials to enforce powers given to them under state statutes also appear to be violations of the US Constitution.  We will address only state and local issues herein.

Governor Abbott – with the best of intentions to protect the people of Texas from a highly contagious and life-threatening disease – has suspended various laws pursuant to Tex. Gov. Code § 418.016, which says the governor may suspend “certain laws and rules” during a declared disaster.  Gov. Abbott and his advisors based their actions on a set of federal government guidelines that relied on COVID-19 models that have been very, very wrong.

Under the powers granted by the state legislature – a city can take any action necessary to promote health and suppress disease under Texas Health & Safety Code Sections 122.005 (general law) and 122.006 (home rule). These actions could include quarantine, examining and regulating hospitals, regulating ingress and egress from the city, and fining those who do not comply with the city’s rules.

What does the State Constitution say?

Article I, Sec. 28 of the Texas Bill of RightsSuspension of laws: “No power of suspending laws in this State shall be exercised except by the Legislature.”

Article I, Sec. 29 of the Texas Bill of RightsBill of Rights Excepted from Powers of Government and Inviolate. “To guard against transgressions of the high powers herein delegated, we declare that everything in this “Bill of Rights” is excepted out of the general powers of government, and shall forever remain inviolate, and all laws contrary thereto, or to the following provisions, shall be void.”

While Article III, Sec. 62 of the Texas Constitution provides for continuity of government following an “enemy attack,” it only allows temporary suspensions of regular order, but plainly states, “Provided, however, that Article I of the Constitution of Texas, known as the “Bill of Rights” shall not be in any manner affected, amended, impaired, suspended, repealed or suspended hereby.”

The failure to abide by the Health and Safety Code orders is a third-degree felony.  Third-degree felonies in Texas carry a possible punishment of two to ten years in prison and a fine up to $10,000, per criminal charge.  Not an option.

Texas Scorecard’s Tony McDonald said it best, “…there is a difference between authority and power. Just because these current orders are not authorized doesn’t mean that government agents don’t have the power to fine or imprison citizens for noncompliance.”

Counselor McDonald also appropriately stated, “…appealing to the judicial branch is no sure thing, even when one is correct. There are various doctrines, such as standing—the requirement that a person have a particularized injury different than that of everyone else in the community—that regularly work as a bar to judicial relief from unauthorized government action. Moreover, the courts have traditionally been especially poor guardians of liberty in times of crisis. (One need only think of the free-speech cases in WWI, the Korematsu internment decision in WWII, or post-Katrina and post-9/11 judicial decisions as chief examples of judicial abdication of duty in crisis).”

This is not the first time we’ve seen government overreach and it won’t be the last.  This is not the only discovery of state laws that conflict with the Texas Constitution.

So, what do we do?  As outlined in my interview with Texas Scorecard’s Brandon Waltens, it would be a great exercise in civic responsibility for liberty-loving Texas grassroots leaders to review the existing statutes – in light of what you have experienced in your own county and city – and determine where the laws should be amended and/or repealed.  Prepare to discuss specifics with your state legislators as soon as we can get businesses open and people back to work.

Now is also the time to evaluate the methods your local officials have used to enforce emergency powers.  Applaud those who have done a good job leaning toward liberty, but for those who took this crisis as an opportunity to be onerously heavy-handed, it’s time to fire them.  Start looking for candidates to replace them!

Your call to action – starting NOW:

President Trump wants to get the US open for business.  We could not agree more!

Contact your state legislators and your local officials with this message:

We’ll be back next week with more practical ideas about how to cut spending in local government.

Until then, be safe.  Tell your family and friends how much you love them. Pray for your community, Texas, and our nation.  Be thankful. Evaluate your priorities.