Redistricting Hearings This Week | A Primer 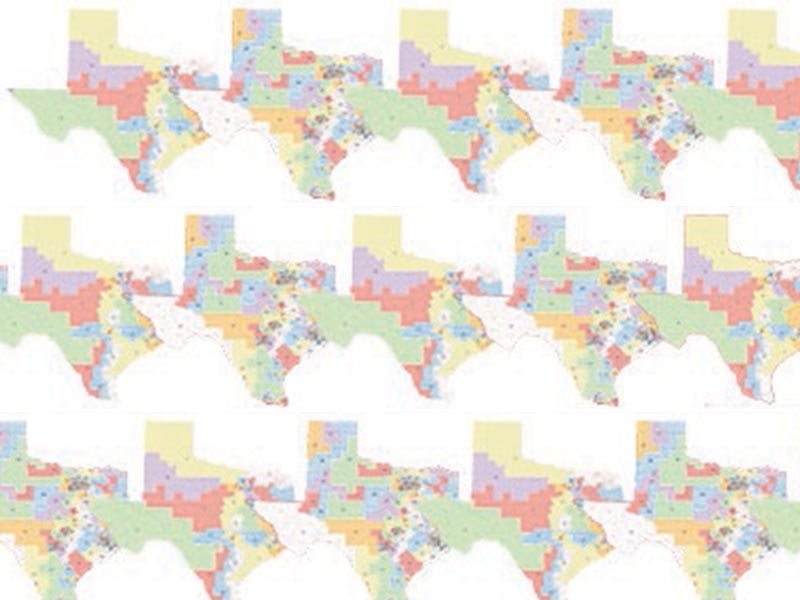 What’s this redistricting thing all about?

Requirement to Redistrict
The US Constitution calls for reapportionment of congressional seats according to population from a decennial (every 10 years) census (Section 2, Article I).

Reapportionment is the reallocation of the number of seats in the US House to account for population changes. Step 1) The 435 US Congressional House seats are reallocated among the 50 states after each decennial census. Step 2) The boundaries of the individual US Congressional House districts within each state are then redrawn by the state legislature in accordance with state and federal law.

The Texas Constitution requires the legislature to redistrict Texas house and senate seats during its first regular session following publication of the US census (Texas Constitution Section 28, Article III). After each census, State Board of Education seats also must be redistricted to bring them into compliance with the one‐person, one‐vote requirement.

Redistricting – why should I care?

Second, each state’s representation in the Electoral College also is subject to change based on census population counts.

The U.S. House of Representatives has a total of 435 seats, distributed among the states according to census population figures. Texas currently has 36 U.S. Representatives in Washington DC and gained two new US Congressional seats after the 2020 census.  Remember, the U.S. Senate has 100 seats — two per state, regardless of population. For Texas, this is Cruz and Cornyn.

The Texas Legislature has a fixed number of seats in both houses — 31 in the Senate and 150 in the House. Texas’ legislative district boundaries change every 10 years, but the total number of lawmakers does not.

ALL Texas State Senators will be on the ballot running in districts with new boundaries.  Based on a drawing, half of the State Senators elected will serve a two-year term; the other half will fill regular four-year terms.

If you have concerns specific to the make-up of your US Representative, State Senatorial, and/or State Representative Districts, this is the time to speak up.

Develop your talking points to fit your particular geographical or community issues.

For redistricting authorities to be able to consider a given comment, it must include two elements: a location and an instruction. For example, one of the most common kinds of comments is to suggest a city or neighborhood be kept together in a single district. Other examples of feasible instructions include a request to draw a group of smaller cities together in a single district and to use well-known boundaries such as county lines as natural borders between districts.  If your area is a fast-growing suburban area, perhaps you believe your area is best represented separate from a metro area.

Legislators should consider future suburban growth when drawing the maps to avoid disproportionate representation (over population) often experienced at the end of a ten-year cycle. Where discretion on population is allowed, such as State House and State Senate Districts, urban and suburban districts should be underpopulated in proportion to the median population, thus taking into account growth expected during the decade.

Communities of interest should be respected.

Please use your own words, but the top talking points are covered in these two examples from Montgomery County Republican Women; click here to read.

Senate Special Committee on Redistricting:  When & Where

From September 7-11, 2021, the Senate Special Committee on Redistricting will be taking public testimony to solicit public input on all regions of the state, with a focus on the 2020 Census data and the upcoming legislative redistricting process.

These hearings provide the public an opportunity to share details about their local communities and information they believe relevant to the redistricting process, pursuant to the August 12, 2021 release of detailed redistricting data by the US Census Bureau, which can be seen here: https://www.census.gov/.

The committee will take virtual testimony during these hearings. To view the postings and register to testify, click here. In addition, a link is available to provide the committee with your written testimony into the process.  Once you open this page, click on the Hearing Notice for the day you wish to testify to see the instructions.

Click here to see the instructions for the Tuesday, Sept. 7 hearing.

We hope this information will help you navigate the redistricting issue with a better understanding, while giving you information on how to effectively testify.

Uniting Texas Conservatives to save the Texas we love,