Save Women’s Sports from Males Identifying as Female! 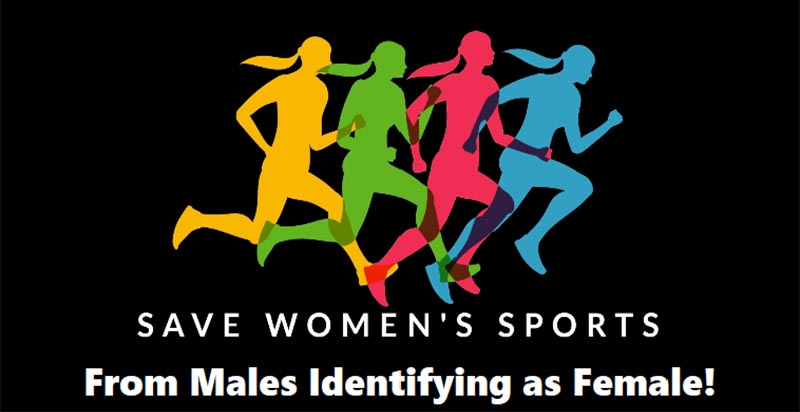 JoAnn’s note: Republican leaders like Gov. Abbott, Lt. Gov. Patrick, and Speaker Phelan need to STOP being controlled by the NCAA, Big Sports Talking Heads, Big Tech, Big Business, and the LGBTQ++ crowd and defend the people of Texas against the Left and their cultural Marxism! The loud-mouthed female Leftists might not care about protecting female sports for females, but we do!  Males should not compete in female sports. Period. It is time to stop feeding this lunacy of men “identifying” as women.  This alert is from Texas Conservative Mama Dana Harris.

On September 7th, Governor Abbott called the Texas Legislature to pass a Save Women’s Sports bill in its 3rd Special Session which began this month. The bill, SB 3, is designed to protect opportunities for women and girls in athletics by ensuring they are not forced to compete against men playing on women’s sports teams. SB 3 passed the Senate this week 19-12 and is now headed to the House.

SB 3 Falls Short – Does NOT Solve the Problem

The problem is that SB 3 does not include vital protections for women’s collegiate sports, meaning that girls attending any of Texas’ great universities would not be guaranteed a fair and level playing field.  The bill also does not provide a legal remedy to girls who lose a spot on the podium to a male because of unfair policies that allow men on women’s teams.

Editor’s note: allowing biological males to participate in female sports will absolutely deny scholarships to females. This is wrong.

To correct these glaring flaws and get the bill across the finish line, we need Governor Abbott to support protections for college athletes and the inclusion of a legal remedy. And we need him to use all his resources to ensure full passage with that language intact!

The Governor’s Office needs to hear directly from you that SB 3 must include language protecting college sports for women and effective legal remedies!

This language is critical to the bill, helping Texas to join states like Florida, Arkansas, Mississippi, West Virginia, Montana, and Idaho that protect all girls from kindergarten to college.

Specifically, I am asking you to reach out to Gov. Abbott’s Senior Policy Director, Steve Munisteri, to let him know that this language must be included.

Below you’ll find sample talking points, along with real-world examples of young women affected by biological males competing in their sports that you can use when you contact Mr. Munisteri.

You will also find sample tweets for calling attention to this bill on Twitter.

I hope you’ll find these tools useful and effective!

Thank you for taking a stand to save women’s sports! Let’s stand for what’s right while we still can!

PS Be sure to check out my toolkit containing talking points you can use on social media and when contacting Steve Munisteri in the Governor’s Office. For Twitter users, I have included sample Tweets!
TOOLS FOR ENGAGING ON THE SAVE WOMEN’S SPORTS ACT