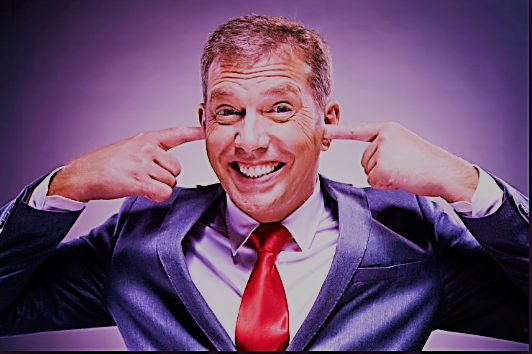 In a Sunday, June 16 interview with Jason Whitely of WFAA-Dallas, Lt. Gov. Dan Patrick said he does not know why there’s criticism coming from some conservative groups in Texas over the results of the 86th regular legislative session.

“I don’t know why they’re disappointed,” Patrick said on WFAA’s Inside Texas Politics. “That’s for them to answer.We consider it a very successful session.”

Well, this is tiresome. From the Governor, Lt. Governor and most Republican legislators, it’s as if a collective amnesia has set in or a case of Invasion of the Body Snatchers.

Speaker Bonnen is the exception. He doesn’t even pretend not to understand. Bonnen declared he doesn’t give a tinker’s about conservatives, warned Republicans not to challenge each other or Democrats for House seats, and openly supports Democrat Joe Moody for Speaker next session should Democrats take the nine seats they need to take control. Meanwhile, Republican Party of Texas Chairman James Dickey has nothing to say about the Republican Speaker’s open support of Democrats.

Governor Abbott and Lt. Dan know exactly why conservative leaders and activists are not happy with the results of the session. They simply do not care. They worked very hard with Speaker Bonnen to make sure Republican legislators stopped caring about the conservatives back home. Getting along with Democrats and divesting themselves of conservative principles were far more important.

There is no Republican Plan for Legislative Success or for Fiscal Sanity. None. As a result, Texas Republicans are following the path of their counterparts in Washington, DC. The only difference is geography. Just like DC Republicans, Texas Republican legislators repeatedly squander legislative sessions, not using their majority to get long-promised reforms passed. Many of these issues have been talked about for at least the last FIVE legislative sessions (and have appeared longer than that as TX GOP Platform planks), which leads us to conclude that Republican leadership no longer values the grassroots or the values they claimed when running for office. They will continue to lose seats because they fail to do what they promise.

We had a purple legislative session because too many Republican elected officials have turned purple. Now, they are putting Texas at risk in 2020.

For those who cannot seem to grasp the reason behind our discontent, conservative grassroots leaders and activists across Texas are not happy because…

While we wish these legislative results were not true, ignoring the failures changes nothing and endangers Texas. Republicans have energized the Democrats and given them wins to run on!

While Republicans passed some “good intention” bills, far too many bills important to preserving and advancing Texas-style liberty were either killed by Republicans or not filed at all this session. That is how we ended up with a purple session. That is why conservatives are not happy, Lt. Dan and Company.

“What you permit, you promote.
What you allow, you encourage.
What you condone, you own.
What you tolerate, you deserve.”
Michelle Malkin

Grassroots America has never supported purple, progressive Republicans who love Big Government if they can be in charge of it. We don’t intend to start now. Texas is at stake.