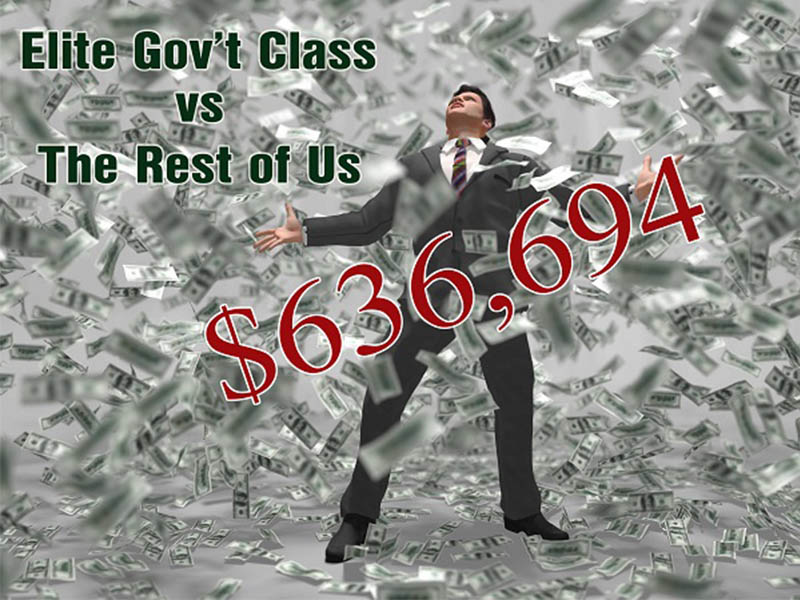 The Texas Elite Ruling Class
vs
The Rest of Us

Adam Cahn’s witty blogs are often joltingly revelatory, but this one made me mad enough to spit railroad spikes. I’ll wager you won’t find it amusing either.

Thanks, Adam, for shining light on yet another example of how the Austin political elites roll with this June 9, 2020 post in Cahnman’s Musings. (If you don’t follow Adam’s blog, you really should!)

Appointed by Gov. Greg Abbott – this year (on March 13, 2020 at the beginning of the Wuhan Virus Debacle), Texas Health and Human Services Executive Commissioner Phil Wilson was allowed to also continue his regular job as the General Manager of the quasi-state agency – The Lower Colorado River Authority (LCRA).

Since Wilson’s $636,694 salary at the LCRA happens to be double the salary and benefits of the Texas HHSC Executive Commissioner job, it was conveniently lucrative for the path to be cleared for him to keep that salary and forgo the lower HHSC salary.

Mr. Cahn’s blog got us thinking about the timing of Mr. Wilson’s hire and Abbott’s contact tracing contract. Here’s our list of unanswered questions:

1. Why is a quasi-state agency “river authority” paying over $636,000 per year for a General Manager?
2. Why is Gov. Abbott entrusting the state agency charged with leading the COVID-19 response to a part-time commissioner?
3. Why did HHSC Executive Commissioner Phil Wilson sign the $295 million contract with MTX Group for contact tracing – approving it in two days – apparently without running due diligence backgrounds on MTX and the CEO?
(Note: As we’ve reported, grassroots leaders have uncovered plenty of questionable information about the contract, MTX Group and its CEO that Mr. Wilson apparently overlooked.)
4. How long can anyone hold two high level demanding jobs before mistakes become deadly – especially since HHSC regulates nursing homes, operates nearly two dozen state hospitals and state-supported living facilities, and is one of the largest state bureaucracies with 36,600 employees?
5. Why is this double posting considered constitutional, legal, or even ethical and how long will the Abbott-ignored legislature allow this kind of elite nest-feathering to go on without question?

Could the answer be found in this Texas Tribune quote which Cahn refers to as “this gem”?

“(Phil) Wilson has had a long career in and around state government, at least once making news for out-earning predecessors in the same positions. As executive director of the Texas Department of Transportation (TxDOT), his starting salary was $100,000 more, 50% higher, than the previous head. Wilson was also deputy chief of staff to Gov. Rick Perry, who appointed him secretary of state, and worked as a lobbyist and corporate officer for Irving-based Luminant, an electricity generator.”

Digging, watching, and reporting with help from great grassroots patriots like Adam,