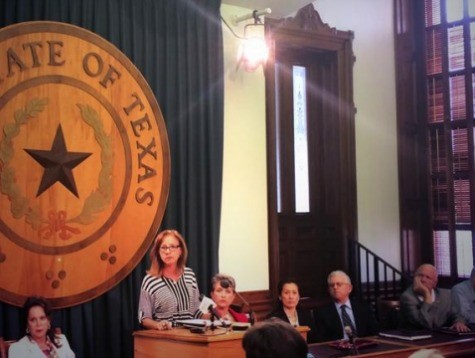 On Wednesday, July 16, 2014, Grassroots America organized a news conference in the Speaker’s pressroom at the State Capitol. Assembled were various TEA party leaders from around the state.

The leaders called on Governor Rick Perry and Attorney General Greg Abbott to declare an “invasion” and invoke Article 1, Section 10, Clause 3 of the US Constitution, call up the Texas National Guard and the Texas Military as defined by the Texas Constitution and secure our border!

Grassroots leaders from across Texas spoke with numerous elected officials – from State Senators and State Representatives, the Governor’s Office, the Texas Attorney General. US Senator Ted Cruz, (Cornyn was already a border sell-out back then), and several US Representatives. Any action on their part? Nope. The border is still wide open, isn’t it?

We are so thankful that Wade Miller, Russ Vought, and Ken Cuccinelli with Center for Renewing America understand this issue from a Constitutional perspective. It matters NOT that this has never been tried before. The Founders sacrificed to give Americans tools to preserve sovereignty and liberty! We should use them no matter how much the media and the cheap labor lobby howl.

Center for Renewing America has been working non-stop, imploring Arizona and Texas officials to act on the Constitutional solution to a federal government that has purposefully neglected its Constitutional duty to its citizens.